ANNUAL GENERAL MEETING OF THE BCC

By BCC Secretariat for British Chamber of Commerce for Luxembourg, July 27 2021
Back to news list
"

I am delighted to write to you following the Annual General meeting of the BCC of the British Chamber of Commerce for Luxembourg which took place on 09 June 2021, and my subsequent re-election to the role of Chair. I am honoured to have been re-elected by the Council and I hope to continue to serve you, our Members, in the best way I can.

Our virtual Annual General meeting of the BCC was an important moment to get together with the Members present and to look back on what had been an exceptional year for all of us. It was also the opportunity to welcome new members to the Executive Committee (Officers Group) and to the BCC Council.

The Chamber’s Executive Committee had been elected by Council at the last Council meeting prior to this AGM, as follows:

There were nine remaining places on Council to be filled, and nine candidates for election, as follows:

As for most businesses and organisations, 2020 started on a very positive note for The British Chamber of Commerce for Luxembourg. The BCC had concluded the year 2019 with the highest number of members ever recorded and the events we had organised over the year, linked to the very positive feedback from our audiences and partners, gave way to optimism and energy for yet another year of evolution to come.

As for all of us, it came differently. If we thought that our main focus would be on Brexit and the transition period, Covid-19 forced us to fundamentally rethink everything we do and the way we do it. 2020 was a year of challenges, questioning and adaptation. But it was also an extraordinary year of dialogue, collaboration, support, knowledge sharing and resilience. It was a year that exemplified the importance to be well connected and the strength of a solid business network.

In 2020 we held a total of 22 events, which were attended by 1,300 people. The events were organised around different topics, but the main underlying themes were Covid-19 and Brexit.

The year saw us move to online events as a result of Covid-19 with a series of events including our annual Leadership Forum held online over 5 days in October, an online cider tasting event with Ramborn cider and a Brexit panel discussion with Luc Frieden and Michel Petite. We co-hosted a number of events with Luxembourg Times, Amcham and with the British Chambers of Commerce in the UK which included speakers: Gordon Brown, a former UK Prime Minister, Andrew Bailey, Governor of the Bank of England and Philip Hammond, a former UK Chancellor of the Exchequer.  Ambassador Marshall continued to address our Sustaining Members at Brexit Briefing events held in March and October. Our different subgroups also organised a series of online events on subjects relevant in the tax, legal, financial services, and Business and Innovation fields.

We held 2 business lunches during the course of the year with speakers including Minister Paulette Lenert and Laura Foulds, personal tax expert.

Other highlights of the year

The British Chamber took the lead on behalf of  the English speaking business community and translated the Luxembourg law implementing DAC6 into English.

We have updated the Membership structure and value proposition for our Members, adding 2 new categories (Young BCC and Startup) so we can not only attract new members, but also retain them once they join us.

The year was closed off with a series of highly successful Christmas events “the Twelve days of Christmas” including an online gin tasting with Opyos Gin, a cooking class with Anne Faber, Christmas Carols by the International School of Luxembourg and St. Georges and ended with a pub style quiz.

I would like to offer my heartfelt thanks to the following:

Jacques, a co-founder of the British Chamber of Commerce in 1992, served as Honorary Counsel from 1992-2012 when he was appointed Honorary Chairman as a show of respect for all the work he had done for the BCC.  Jacques will be remembered for his professionalism, dedication and for the warmth and wisdom of his advice and support.  Everyone who knew Jacques has been deeply saddened by his death.

Looking forward to meeting all of you in the months leading to 2022, the year of our 30th anniversary, I am wishing you to stay healthy and send you my best regards. 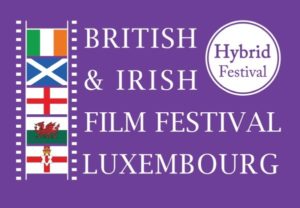 The BCC are happy to support the 12th British & Irish Film Festival Luxembourg and would like to congratulate its organisers for yet another very interesting and diversified program. This year's edition will include 21 films of all genres and for all ages. 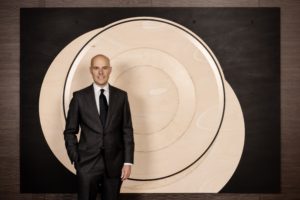 BSP is glad to announce the arrival of Nicolas Widung as a Senior Counsel. Nicolas joined last week the Banking & Finance department led by Laurent Lazard together with Nuala Doyle reinforcing an already strong team in its strategy of growth and its ability to meet the increasingly complex needs of the clients.