The British Chamber of Commerce People and Leadership Group held the first of its popular breakfast workshops for this year on 11 March. This year’s theme is: ‘How to engage your employees,’ and the event focused on personal and organisational values.

In a lively and interactive session at Silversquare, Susanne Arend and Keith Amoss put forward the proposition that values were an essential, but often overlooked, element of employee engagement.

During the first segment of the workshop, Dr Amoss had participants review their personal values and consider their importance. They were challenged with the ideas that values are who we truly are and that they represent our unique and individual essence. Personal values serve as a compass, he advised, pointing out the direction in which to travel and guiding us towards or away from situations or actions. They are fundamental to our decision making. Participants were introduced to some of the key academic research on the topic and in a fun exercise were given a number of possible ways to determine their most important personal values.

Dr Arend took this a step further into the scenario of the workplace, outlining how organisational values were often published to give employees knowledge of what behaviours were expected of them. In some cases, unfortunately, the stated organisational values paid little more than lip service to what the organisational culture was like in reality. In a breakout session, participants revealed plenty of examples of how difficult it could be for organisations to truly live out their value systems. Yet where organisations listened to their employees and there was an alignment between organisational and personal values–for example with integrity, respect and honesty–then both parties would flourish.

Participants left with plenty of food for thought and some guidance on how they might bring the issue of values to life in their organisations. In short, the message was clear: if understood and recognised then values are at the heart of successful employee engagement.

Keith Amoss is a career coach.

The BCC People and Leadership Group with be back with another breakfast session on 17 June. 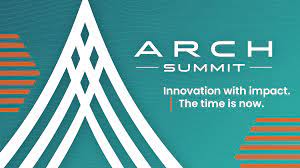 By BCC Secretariat for British Chamber of Commecre for Luxembourg, September 21 2022

This autumn, Luxembourg hosts one of Europe’s biggest and most exciting tech and innovation events. Arch Summit takes place at LuxExpo - The Box on 26 - 27 October and brings together industry leaders and tech enthusiasts to discuss the power of technology to positively impact society and our planet. The BCC is proud to offer members a free ticket. You can find more information HERE 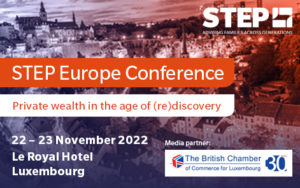 Returning to an in person format for the first time in two years, this conference is a must attend event for trust and estate practitioners working in Europe. You’ll hear from key speakers from across the continent discussing topics relevant to this region and considering jurisdictional perspectives. Attending this conference not only keeps you up to date with developments in private wealth management, it also allows you to network with peers from across Europe. The last STEP Europe Conference attracted delegates from 25 countries. The excellent social events planned enable you to network and make new connections. 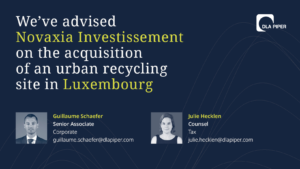