The British Chamber of Commerce (BCC) in Luxembourg held a Summer Garden Party at the British Ambassador’s Residence on Thursday evening as part of its 30th anniversary celebrations.

Despite the stormy weather, over 100 people gathered in the gardens of the official residence of Ambassador Fleur Thomas in Luxembourg-Ville to celebrate 30 years of the BCC promoting trade between the United Kingdom (UK) and Luxembourg and offering a platform for people to meet and exchange ideas on various topics.

The British Ambassador to Luxembourg, who presented her credentials in April 2021, began by noting that one of the highlights of her tenure so far had been the possibility to invite BCC working groups for breakfast briefings and to host other BCC events at her official residence. Ambassador Thomas highlighted the cultural, royal and governmental links that exist between the UK and Luxembourg, links which are “as strong as ever”, she added. She recognised that Brexit had made some people uneasy but assured that the British Embassy in Luxembourg was “working very hard for the best bilateral relations with Luxembourg”. 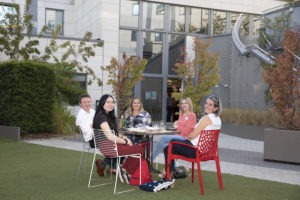 By Jazmin Campbell for Chronicle.lu, August 02 2022

The British Chamber of Commerce (BCC) in Luxembourg held its second “Brits, Bites and Banter” informal networking event of its 30th anniversary year on Wednesday evening on the premises of the Luxembourg House of Financial Technology (LHoFT) in Luxembourg-Bonnevoie. The event brought together about 50 BCC members to catch up and network over food and drinks in a relaxed setting before the summer break. 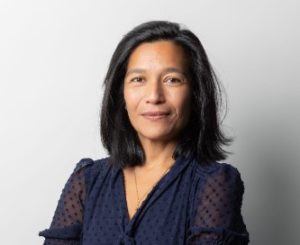 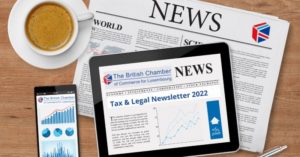