Contribution in kind to an SARL directly at incorporation

Contribution in kind to an SARL directly at incorporation 23 September 2021 l By Céline Pignon Contributions in kind to the share capital of private limited liability companies (sociétés à responsabilité limitée) (SARL) need to be valued.

Contributions in kind can take place at incorporation or during the lifetime of the company when there is a share capital increase. In contrast to a public limited liability company (société anonyme), an SARL does not legally require the intervention of an independent auditor (réviseur d’entreprises) to confirm the value of a contribution in kind. However, contributions need to be valued and the valuation should be confirmed. Notaries require documents confirming the value of the assets being contributed, their free transferability and the absence of any lien over those assets. In practice this takes the form of a valuation certificate. While the valuation of a contribution in kind to an existing SARL at the occasion of a share capital increase does not really give rise to discussions, the valuation of a contribution in kind at incorporation is a subject of debate.

Some law firms in Luxembourg require a valuation certificate to be countersigned by the future management of the company in formation. But is this the right approach? Article 710-7 of the Luxembourg law of 10 August 1915 on commercial companies as amended, provides, inter alia, that notwithstanding any provision to the contrary, the founders and – in the event of an increase of the share capital – the managers, are jointly and severally liable for any portion of the share capital that has not been validly subscribed for and for the effective payment in full of the shares and the portion of the capital for which they are deemed to be subscribers, as the case may be.

So the founders are responsible for the payment in full of the shares issued at incorporation. Does that imply that they are also responsible if contributions in kind are overvalued? We believe that the overestimation of the contribution does not lead to the nullity of the company but only the liability of the founders. We take the view that in the case of an overestimation of a contribution in kind, the payment of the shares subscribed in consideration for such contribution is not effective. In addition, it should be noted that founders cannot be relieved from their responsibility notwithstanding any provision to the contrary. An undervaluation is not problematic per se though. As a result of the above, we take the view that the valuation of a contribution in kind made at incorporation of an SARL should be confirmed by the founders (keeping in mind the minimum share capital of an SARL of EUR12,000). They will sign the valuation certificate, which does not need to be countersigned by the future management of the SARL. Some notaries have already accepted this approach. In practice, in addition to the valuation certificate, we see contribution agreements, which notaries often require.

This agreement is not required by law and is not always strictly recommended. The agreement can be useful to facilitate the transfer formalities of certain types of assets. If a contribution agreement that includes a confirmation statement regarding the value of the contribution is intended to be signed at incorporation, we suggest having the agreement signed by the company in formation represented by its founders and not by its future managers.

By BCC Secretariat for British Chamber of Commerce for Luxembourg, October 18 2021

Special Offer for New Members! Any new member joining the British Chamber now will have the remainder of 2021 free and will only be invoiced for 2022 Annual Membership. See here or for further information please call +352 465 466 or email info@bcc.lu. 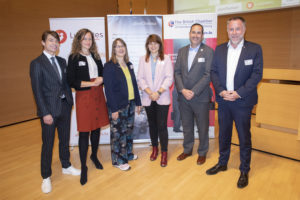 By BCC Secretariat for British Chamber of Commerce for Luxembourg, October 18 2021

To end a long drought without any networking events, the People and Leadership Group of the British Chamber of Commerce for Luxembourg reunited members and guests for the closing of the Leadership Forum 2021. 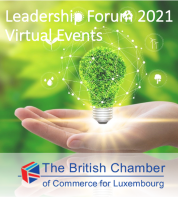 By BCC Secretariat  for British Chamber of Commerce for Luxembourg, October 12 2021