How is your brain under quarantine?

By BCC Secretariat for British Chamber of Commerce fro Luxembourg, May 05 2020
Back to news list
"

Jill Saville and Lene Pedersen led an interactive session based on David Rock’s “scarf” model of the 5 social needs of the brain.

Lene began with a poll question to see what the participants had felt or experienced during the lockdown. The top two answers were a lack of control and being unsure of what is going to happen.

Jill then explained that “scarf” stands for status, certainty, autonomy, relatedness and fairness and these 5 things are primary needs which our brains react to in the same way as a threat to our survival. This model shows how our brain’s response to any given situation causes us to be anxious, sad or distressed. This knowledge in turn allows us to find another way of thinking about the situation. Also, if we are leading teams, the model helps us to be aware of what others may be experiencing.

In the first breakout room session, people were able to discuss in small, private groups what they had heard and share their ideas of which ‘threats’ they had experienced over the last few weeks, for themselves or in others.

The main thoughts that came out of the groups were: moving to 80% working (status), job and future unclear (certainty), being micromanaged and unable to choose to go out (autonomy), feeling isolated (relatedness), and the fact that the rules introduced could affect people in different ways (fairness).

Lene then outlined the reward side of the scarf model and explained that as moving towards something positive is less powerful in the brain that moving away from a threat, the reward side needs to be worked on. As an example, if you are feeling isolated from people–a threat response in the area of relatedness–then you can contact friends and families virtually which will give a positive reward to the brain.

The second breakout session followed and people were asked to think of possible rewards in the 5 areas of scarf–what had they found useful to overcome stress? After pulling the thoughts together there were some top tips for people to takeaway, in particular trust your people and trust yourself! You are all doing the best you can.

The slides have been published on the British Chamber of Commerce for Luxembourg website. 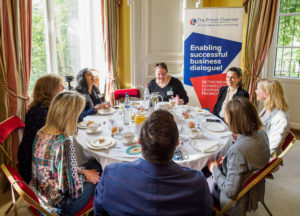 By BCC Secretariat for British Chamber of Commerce, May 18 2022

The BCC’s newly established working group dedicated to Sustainability in Business held its first event at the British Ambassador’s residence on Thursday morning. In the presence of H.E. Ambassador Fleur Thomas, BCC members and guests discussed a wide range of ESG subjects related to People, Prosperity and Planet within the framework of the United Nations Sustainable Development Goals (SDGs). 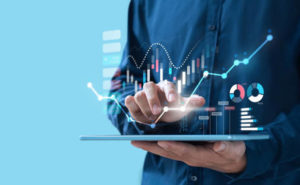 IQ-EQ strengthens its presence in France

Leading global investor services group IQ-EQ, an Astorg portfolio company, is pleased to announce that two of its French businesses, Peru & Partners and Conseil Expertise & Synthèse (CE&S), have today rebranded as IQ-EQ. This rebranding marks a major milestone in the group’s growth journey within the buoyant French market. 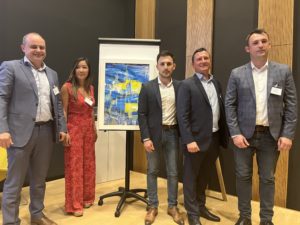 PwC Luxembourg holds auction of painting and its NFT at “Metaverse: Beyond the hype event"

At the closing of PwC’s “Metaverse: Beyond the hype” event, held on 11 May 2022, a live auction was held in support of LUkraine asbl. In the presence of Bailiff Carlos Calvo, the more than 180 attendees watched as Bernard Pons, Co-founder and Managing Partner, Pure Capital, won the highest bid, taking home a piece of art (physical and NFT version) entitled "Ukraine". The artwork was produced by local artist Thuy Gattaux.