BCC Chairman, Dan Eischen, welcomed the 50-strong group of members to the first of the BCC’s 2020 series of business luncheons. He acknowledged that these are “important times”, referencing Brexit happening last Friday and currently being in the first week afterwards. He stressed that the BCC is an independent organisation and is apolitical, mentioning that there will be new challenges ahead and that the BCC will have to be ready and be able to adapt; when the BCC was created 27 years ago, it was set up as a platform for better collaboration and better understanding, and is all about dialogue and collaboration.

She discussed her motivations and experiences after her first year in the current coalition government, addressing challenges of consumer protection and current priorities linked to Luxembourg’s development aid, as well as her recent move to the Ministry of Health.

Minister Lenert stressed the need for having a diverse team and approach. She referred her life in the judicial arena as well as in the political sphere, linking the two by explaining how political decisions are crucial for the judicial system to work effectively. She talked about her entry into the civil service and politics and gaining responsibility along the way, initially in human resources and managerial areas.

Looking ahead, she stated that having such a background will be very helpful in addressing challenges facing the country which is currently focussing on the service economy. She referred to Luxembourg being proud of being one of the few countries setting aside 1% of GDP in Development Cooperation. In this respect, she referred to the key areas of health and education, as well as investing in innovation, and used Luxembourg’s role in Cape Verde as an example.

In the health sector, she mentioned that on her first day yesterday opening a conference on eHealth, and stressed innovation and research being crucial for an integrated revolution for Luxembourg’s health service. She mentioned that she likes benchmarks and will strive to ensure Luxembourg is included in relevant health benchmarks in the future. 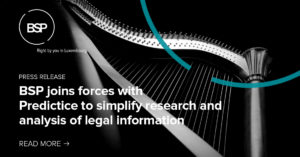 In today's environment, lawyers must be increasingly responsive to their clients' requests and increasingly specialized in an increasing number of fields, amidst an ever-growing pool of information and documentation.

On just the second day in her new role, Luxembourg’s health minister Paulette Lenert joined the British Chamber of Commerce (BCC) for its first luncheon of 2020. 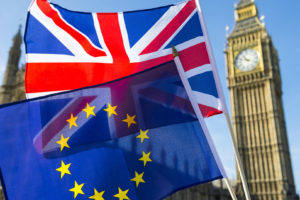 Britain is leaving the European Union today. The BCC is here to stay!

By BCC Secretariat for British Chamber of Commerce for Luxembourg, January 31 2020

For more than 25 years, the British Chamber of Commerce for Luxembourg has sought to facilitate business and personal connections between the Grand Duchy of Luxembourg and Great Britain. The former, a founding member of what is now the European Union. The latter, perhaps later to the table, but then undoubtedly becoming a significant partner. Read More