Views of Luxembourg and the Orient

By BCc Secretariat for British Chamber of Commerce for Luxembourg, April 28 2021
Back to news list
"

The National Library of Luxembourg (BnL) presents two very different sceneries photographed in the 19th century related to Francis Frith: the picturesque neighbourhoods of Luxembourg, a small country in Europe, and the grand archaeological sites in the mysterious distant ‘Orient’. These places were captured by the new medium of the time, photography, which according to Francis Frith portrays the world truthfully. His emphasis on the truthfulness of photography, however, ignores the subjectivity involved in the decision of what to shoot.

In 1880, a photo collection, which showed 11 views of Luxembourg City and its low town taken in three different formats, was published by the bookshop Pierre Brück. The newspaper Luxemburger Wort pointed out in an article on 13th March 1880 that the collection showed “some of the most beautiful spots of the city”. Francis Frith & Co, a photographic company named after its renowned founder and Victorian photographer Francis Frith, took these photos. Predicting the growth of tourism, Frith set out to photograph every city, town and landscape in Britain. He further developed his clever commercial idea by commissioning photographers to go to the four corners of the globe.

Through Frith’s essays and quotes, we discover in our exhibition the photographer’s concept, the difficulties presented by the new medium and the context in which the exhibited images were produced.

The exhibition (6th May to 26th June 2021) is part of the 8th edition of the European Month of Photography with the theme Rethinking Nature/Rethinking Landscape.

By BCC Secretariat for British Chamber of Commerce for Luxembourg, May 11 2021

The purpose of the BCC Tax and Legal Newsletters is to provide additional regular bimonthly updates of key Tax and Legal developments in Luxembourg that may be relevant to your business. The present newsletters issued by member firms of the Tax and Legal groups cover the period from March to April 20210.

DLA Piper has announced a new round of promotions in Luxembourg, appointing four lawyers to senior associate. 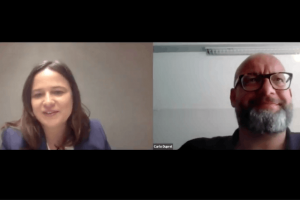 By BCC Secretariat for British Chamber of Commerce for Luxembourg, May 05 2021

Delano partnered with the British Chamber of Commerce (BCC) and the Interdisciplinary Center for Security, Reliability and Confidence (SnT) at the University of Luxembourg for a lively discussion Thursday on innovation and the link between academia and business.