By Geoff Thompson  for The British and Irish Film Festival , September 10 2020
Back to news list
"

G-Media sarl, with the support of the Irish Club of Luxembourg, announced the launch of the 11th annual British & Irish Film Festival Luxembourg to be held over nine days from Friday 18 September until Saturday 26 September 2020.

The film festival provides a unique opportunity for viewers to experience a wide selection of new films from Britain and Ireland. The 9-day event will screen 14 feature-length films, from a cross-section of genres and representing mainly independent cinema, as well as a couple of short films. The British & Irish Film Festival Luxembourg will have screenings across three venues, Ciné Utopia in Limpertsberg, Kinepolis in Kirchberg and the Cinémathèque in Luxembourg-ville and will open with the screening of “The High Note” a British-American drama set in the music industry, and will close with the Luxembourg premier of the long-awaited Ireland-Luxembourg-Belgium co-production “The Racer”, a drama set in the world of professional cycling. All but one films will be receiving their Luxembourg premiers during the 9 days of the festival.

Geoff THOMPSON, Festival Organiser, addresses the challenge of organising a festival in 2020 under the cloud of the COVID-19 pandemic. “The cinemas are currently open but operating at just 25% capacity, with a reduced number of screenings, as they ensure physical distancing and increased hygiene cleaning of screening rooms between performances. However, we have 10+ years’ experience of working with the Cinémathèque, Ciné Utopia and Kinepolis-Kirchberg and we are sure with the attractive line-up that we will have a great festival this year.” He added “Unfortunately, we don’t have our traditional Documentary Double Bill and we cannot either have our Vintage Evening this year, and neither will we be able to have our Ciné Cuisine or receptions after some of the films. However, we will be distributing gifts at a couple of the screenings and we will be providing personalised hand sanitisers; also, we have also introduced a range of ticket bundles this year”. He concluded with “Nevertheless, we will be holding two online events, a “Shorts Seminar” and our popular Film Quiz will also be held online.”

The audience will also have the privilege of meeting actors, directors and producers at at least nine of the screenings, including intimate Q&A sessions post-screenings – we are delighted to continue this tradition with some great guests this year! All Q&As this year, apart from the Luxembourg co-production, will be done remotely with the special guests beamed into the screening rooms.

For cinema-enthusiast to film-making students alike, this is a rare opportunity to learn more about the world of film production and meet some of the interesting players in British and Irish cinema today. For more detailed information on the programme, please visit www.bifilmseason.lu.

As in previous years, the British & Irish Film Festival Luxembourg will include another component to the festival programme, with a Film Quiz being held outside the main festival, on 14 October. This will be open to teams of two to four people who will compete for exciting prizes. The Shorts Seminar will be online too (in collaboration with the Ireland Luxembourg Chamber of Commerce; free to attend) on 23 September and will feature four experts, including the Shorts Programmer from the Galway Film Fleadh, a representative of Film Fund Luxembourg and two film-makers, one from Ireland and one from Luxembourg.

This year the Awards will feature both an Audience Award as well as an Audience Prize, with one entry winning a Magnum of Crémant from Bernard-Massard, and also a Critics’ Award, with the involvement of members of the Association Luxembourgeoise de la Presse Cinématographique (ALPC).

Tickets cost €9 per person per film, with ticketing again with Luxembourg-Ticket.lu. The popular Season Special Ticket will be available for purchase online at €35, with ticketing bundles also available (2 for €15 or 3 for €20). For more information on ticket pricing and purchase of tickets for individual screenings, please visit www.bifilmseason.lu. Ticketing will also be available at the venues prior to screenings, depending on availability.

• Tue 8 Sep @ Ciné Utopia @ 19:00: The Personal History of David Copperfield (EN, US, 119 mins) by Armando Iannucci – we have a number of tickets for this Avant-Premier which is outside the main festival

• A Bump Along the Way: Louise Gallagher (producer) and Bronagh Gallagher (actor: she also starred in The Commitments, Pulp Fiction and Star Wars: Episode I – The Phantom Menace)

The festival organiser, Geoff THOMPSON, will be available for interview on Tuesday 8 September between 12:00 and 17:00 – please contact him directly (see below) to arrange a time. Also, a Dropbox link is available containing the electronic version of the festival brochure/programme plus posters of all films being screened. https://www.dropbox.com/sh/r8vniivqsou3w6o/AAB7_MYZNOTnipOfGIpnGC_ka?dl=0 The British & Irish Film Festival Luxembourg, www.bifilmseason.lu Media Contact: Geoff Thompson, Geoff@bifilmseason.lu, tel: 661-250007 (m) G-Media sarl, 9 rue du Moulin, L-8380 K 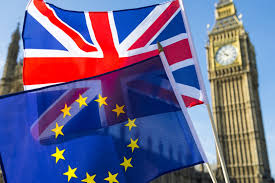 By BCC Secretariat for British Chamber of Commerce for Luxembourg, June 16 2021

Anderson Wise, the Henka Institute and fts global announced today they have entered into a Partnership. Darren Robinson, Managing Partner at Anderson Wise says ‘This partnership underscores our commitment to supporting our candidates’ career journey and helping our clients create a performant yet sustainable organisation. At Anderson Wise, we care deeply that people feel well in their environments and integrate well with their new employers enabling them to grow and perform. I have personally known those involved with The Henka Institute and fts global for many years and I’m delighted to be working closely with them and together bringing our clients leading-edge services to support the life-cycle of their workforce.’