Britain is leaving the European Union today. The BCC is here to stay!

By BCC Secretariat for British Chamber of Commerce for Luxembourg, January 31 2020
Back to news list
"

For more than 25 years, the British Chamber of Commerce for Luxembourg has sought to facilitate business and personal connections between the Grand Duchy of Luxembourg and Great Britain. The former, a founding member of what is now the European Union. The latter, perhaps later to the table, but then undoubtedly becoming a significant partner.

As members of the European Union, Britain and Luxembourg shared rules and regulations, a working environment, travel opportunities, and global responsibilities. There were of course challenges and differences of opinion as well.

From 1 February, this will no longer be the case, following Britain’s formal departure from the European Union.

Initially at least, the changes for businesses seeking to trade or invest between Britain and Luxembourg will be limited. At the moment, however, no one knows what the landscape will look like after the end of the withdrawal period on 31 December 2020.

What is clear, is the British Chamber’s determination to meet the challenge of this new trading environment head-on. More than ever, we are committed to doing whatever we can to help our members navigate the new regulatory waters between Great Britain and the Grand Duchy as they develop.

GOV.UK guidance to help EU businesses prepare for the end of the transition period

The campaign, “Keep Business Moving,” directs EU traders to a dedicated webpage, gov.uk/eubusiness, which provides information on the actions they need to take to continue trading smoothly with the UK at the end of the year. 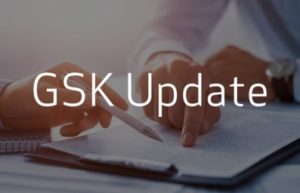 Cross-Border Conversions within the EU are bound for Change: Main Takeaways

Due to the absence of harmonized rules, cross-border migrations have a long history of jurisprudence within the EU. Directive 2019/2121 aims at creating a common legal framework for EU cross-border conversions and divisions.

By BCC Secretariat for British Chamber of Commerce for Luxembourg, September 10 2020

It is with great regret and deep sadness that we give notice of the death of Jacques Loesch, the British Chamber of Commerce for Luxembourg's Honorary Chairman, dear friend and valued colleague. Jacques passed away on September 5th.