BCC NEWSFLASH: Grand Duchy of Luxembourg opens its borders to fully-vaccinated travellers from the UK

By BCC Secretariat for British Chamber of Commerce for Luxembourg, October 29 2021
Back to news list
"

As a result, the Luxembourg Government, also with effect from 29 October, has authorised non-EU citizens holding a complete vaccination certificate from the United Kingdom to enter the Grand Duchy of Luxembourg, including for non-essential travel.

Confirmation on the official Luxembourg Government coronavirus website can be found, in English HERE

The Chamber is delighted that travel between the United Kingdom and Luxembourg will once again be easier for our members, colleagues, family and friends.

Chair of the British Chamber of Commerce for Luxembourg 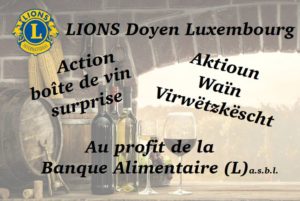 Vin Surprise action 2021 - Together with our very generous sponsor "Deutsche Wein Marketing" www.dwm.de, who provides the surplus wines from the big tasting events in Berlin, we are ready for the 2021/2022 campaign!

By BCC Secretariat for British Chamber of Commerce for Luxembourg, November 25 2021

The purpose of the BCC Tax and Legal Newsletters is to provide additional regular bimonthly updates of key Tax and Legal developments in Luxembourg that may be relevant to your business. The present newsletters issued by member firms of the Tax and Legal groups cover the period from September to October 2021